THE REASON FOR CHEMICAL WATER TREATMENT

PART 1 - How can WATER hurt your boiler?

Boiler corrosion is the active destruction of solid boiler metal by the pitting action of dissolved oxygen in the boiler water. This usually results in deep holes in the metal which are self-protected by further corrosion products i.e. scabs or blisters over the hole which allow the chemical reaction to continue. 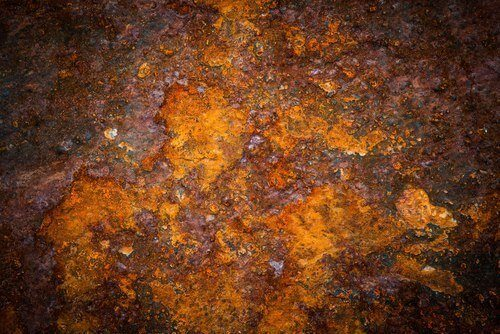 Corrosion can be caused by oxygen attack, acidic reaction at the corrosion cell or under deposit reaction (under scale corrosion). Oxygen corrosion takes the form of localized deep pitting and can quickly lead to tube failure. Oxygen attack can cause further damage to steam drums, mud drums, boiler headers, and condensate piping.

The addition of oxygen to a system with feed water and heat will initiate corrosion.

Oxygen scavengers when applied properly, should be able to remove oxygen down to 1-3 ppb by volume

Tannins – Functions as a filming agent on metal surfaces and also functions as an oxygen scavenger.

PART 2 - How can WATER hurt your boiler?

Boiler scale is a deposit that forms directly on heat transfer surfaces when constituent solubility limits are exceeded and the resulting compounds precipitate onto the tube surfaces. Such deposits may contain sodium, calcium, magnesium, phosphate, iron, and silica. 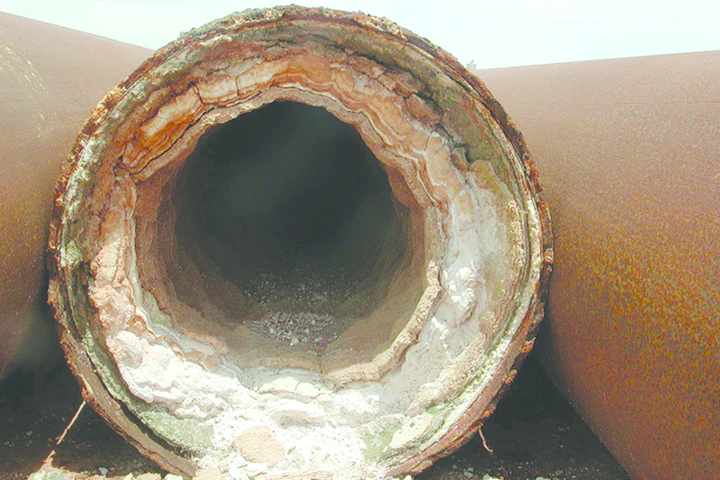 The disadvantages of scale formation:

Scale has low thermal conductivity so the scale of heat transfer from the boiler to inside water is greatly reduced. In order to provide a uniform supply of heat to the water, additional fuel is consumed to achieve the same temperature.

The chart below shows the fuel loss in a boiler based on thickness of scale: 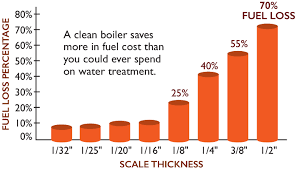 • The economics show that a clean boiler will save far more money in fuel than it could ever use in water treatment.

Cycles refer to the concentration of solids in the boiler water.

As the water is evaporated, the solids stay behind. These solids are now more concentrated or cycled up

As a boiler generates steam, any impurities which are in the boiler feed water and which do not boil off with the steam will concentrate in the boiler water.

As the dissolved solids become more and more concentrated, the steam bubbles tend to become more stable, failing to burst as they reach the water surface of the boiler. There comes a point (depending on boiler pressure, size, and steam load) where a substantial part of the steam space in the boiler becomes filled with bubbles and foam is carried over into the steam main.

This is obviously undesirable not only because the steam is excessively wet as it leaves the boiler, but it contains boiler water with a high level of dissolved and perhaps suspended solids. These solids will contaminate control valves, heat exchangers and steam traps.

Whilst foaming can be caused by high levels of suspended solids, high alkalinity or contamination by oils and fats, the most common cause of carryover (provided these other factors are properly controlled) is a high Total Dissolved Solids (TDS) level. Careful control of boiler water TDS level together with attention to these other factors should ensure that the risks of foaming and carryover are minimised.

Neutralised total dissolved solids are measured by adjusting the pH of the sample water to 7 with a neutralising reagent and then testing with a TDS meter.

This give the corrected TDS reading and is normally lower by a third than the TDS tested without Neutralisation.

It is done to neutralize the hydroxyl ions (OH- ). Hydroxyl ions contribute significantly to the total ionic concentration of the water sample. This affects both the conductivity and TDS readings when based on the specific conductance of the sample.

Why do we want to neutralize the effect of hydroxyl ions on our readings? Hydroxyl ions are not considered a dissolved solid, but instead part of a disassociated water molecule. When we take our conductivity/TDS readings on the boiler water and calculate cycles of concentration, we want to have a truer estimate of the cycles of concentration of dissolved solids without the added conductance effects of hydroxyl ions.

1. To maintain a protective coating of iron oxide over the metal and thereby prevent certain types of corrosion.

2. To provide a proper environment for precipitation of desirable sludge materials.

3. To keep silica in solution so as to avoid deposition of silica scales.

Manual blowdowns to be conducted once a day to blowdown and remove dirt and solids from the mud drum, best practice to conduct at the start of the day.